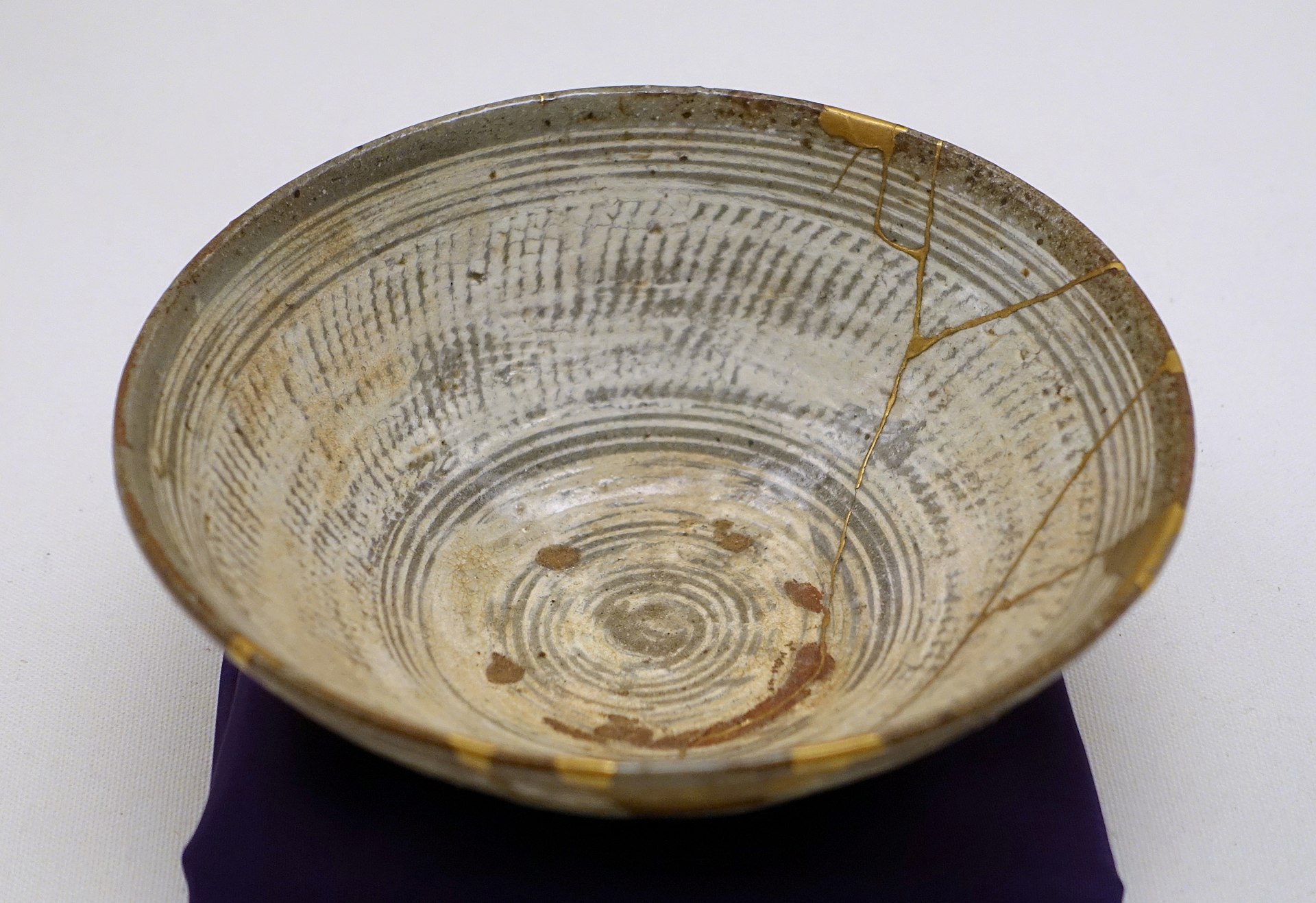 When I was around 5 I was attacked by a member of my family. This became the single most influential event in my young life. It was devastating to my mental health. For most of my childhood I suffered from nightmares, I had trouble focusing, maladaptive daydreaming, insomnia, social problems, anger and shame (I never told anyone about it until years later). The event wasn’t the only cause of my problems – my homelife was pretty awful – but this experience was the center of the vortex in my mind. I really needed a way to heal from it.

I grew up Christian, and learned about forgiveness in Church. They presented lack of forgiveness as a poison that would damage only you. As a young Christian I understood very well that what was going on in my head wasn’t good for me. I felt like crap and my relationships were all suffering. My relationship with the attacker was almost non-existent. The only escape I knew of at the time was forgiveness – I believed that forgiveness would help me move on.

The trouble was, there was no real education around how to forgive. It was about ‘letting go’ but how do you do that? I cried myself to sleep night after night. I wanted to forgive, but didn’t know how and felt worse and worse because I couldn’t move on.

A Poison Tree, by William Blake

As a late teen I read William Blake’s ‘A Poison Tree’:

And I waterd it in fears,
Night & morning with my tears:
And I sunned it with smiles,
And with soft deceitful wiles.

And it grew both day and night.
Till it bore an apple bright.
And my foe beheld it shine,
And he knew that it was mine.

And into my garden stole,
When the night had veild the pole;
In the morning glad I see;
My foe outstretched beneath the tree.
–William Blake

There was something wonderful about this poem, and the schadenfreude when his anger ends up killing his foe. I knew it was inaccurate to some degree (I had, after all, learned that the ‘poison’ would only affect the non-forgiver). Yet, after years of being unsatisfied by forgiveness and the Church’s teachings around it, this alternative take was cathartic. I didn’t think more on it that that.

Cycle forward around 15 years, where I’m an adult taking a speaking course. Part of the course involved ‘forgiving yourself’. This part didn’t work well for me. I liked Buddhist and meditation based approaches centering on acceptance and self-knowledge. I mentioned that I didn’t like the concept, but I did suggest that maybe I’d ‘got forgiveness wrong’. Others confirmed that, yes, I hadn’t quite got forgiveness right – that forgiveness was about acceptance rather than ‘letting go’. I still didn’t feel entirely comfortable. I felt like there was something ‘wrong’ with me because the concept of forgiveness didn’t work for me. The well meaning, but sanctimonious responses of the other participants didn’t help.

Forgiveness can be triggering

Go forward another year or so, and I’ve been spending a lot of time with Satanists from The Satanic Temple. We were talking about forgiveness. And in that very inclusive, non-judgemental, atheist space I finally felt safe enough to say what I really felt ‘you know what, I just don’t like the concept of forgiveness – I think it triggers me’. Turns out, others agreed. Some thought it was quite a Christian concept, and an unhelpful one at that. Even those for whom forgiveness worked could see why I’d feel that way. Hearing my feelings confirmed and validated felt like breathing. Finally.

Forgiveness is so woven into our culture that we accept it without question; it’s a ‘good’ thing that healthy people do, even in secular spaces.

I think it’s important to remember that it’s just a concept. One of many in the field of self-healing. Christians often don’t treat it that way, though. They treat it as if ‘forgiveness’ has some objective reality. As if there’s a definition of forgiveness that you can either get ‘right’ or ‘wrong’.

There is no objective definition of forgiveness

Since discovering Buddhism I’ve done a lot less judging things as ‘right’ or ‘wrong’, and looking a lot more at effects and the complexity of human existence and psychology. Culture and experience affect what forgiveness means before it even gets to us. Then when it does get to us, how we engage with it will depend on our experience. Our understanding of ‘forgiveness’ will vary wildly based on who we are, what our experiences are, how it’s been taught to us and a multitude of other factors.

This means that some will find it a healthy and useful concept to work with. Some, unfortunately, will have negative and even traumatic experiences of it, which will make it less useful to them. That doesn’t mean we’ve ‘got forgiveness wrong’ or need to change anything about ourselves so that we can ‘do forgiveness properly’. We can, if we want. But it’s certainly not necessary – there are plenty of other ways to heal ourselves.

My history with forgiveness is one of trauma. It’s bound up with many unhealthy teachings and experiences from my Christian upbringing. And it’s been completely useless to me in helping me move forward.

In Japanese culture there’s a practice called ‘Kintsugi’, which is where a broken pot is repaired, using precious metals. It’s become a very popular image in trauma therapy, especially for people with PTSD or C-PTSD. As soon as I saw it I immediately related. This image was about me. Not about my attacker (as all the forgiveness teaching had been). It helped me view myself as a person in need of healing, and for whom healing was possible.

Embracing experience rather than letting it go

I’ve never done well with ‘letting go’. I’m not even sure it’s possible or desirable for me. This was one of the things I didn’t ever understand as a child – you can’t forget painful experiences, so how can you ‘let them go’? As an adult, I know that trauma, past relationships and other experience has all left it’s mark. It’s my experience, whether I like it or not.

When I started thinking about myself and how to heal I ended up with 5 areas to work with: Power, control, unity, future, wholeness.

We don’t really like power as a society. It has some connotations of undue influence. But actually we all need power. It’s one of our basic needs. If humans don’t feel they have enough power they try all sorts of harmful ways to get it, whether or not they realise it.

In terms of trauma healing, power, for me is seeing clearly what power I do and don’t have. When I was attacked, I didn’t have power. That was a combination of many things, age being the main one. Now I’m an adult, there are still some times I don’t have power, but others where I do. And every time I heal or work on myself I develop my own personal power more. And that’s a good thing. Powerful, happy people can do a lot of good in the world.

One of the things I always hated about forgiveness is that it was so negative about what had happened. So black and white. Something ‘bad’ had happened and the answer was to move on from it. No, no, no. Our experiences make us who we are and that includes our difficult ones. Some of the most warm, empathetic and powerful people I know are those who’ve gone through awful experiences and have used them.

It’s vitally important to use your traumatic experiences. And I use ‘vitally’ in both senses of the word. Because as soon as you make your trauma your own it becomes part of your power. It can’t hurt you as much because you’ve taken it and made it into a source for tremendous good.

For most of my life I’ve felt cracked and broken. Like there’s something wrong with me. But I’ve come to realise that that’s the Christian upbringing talking. There’s nothing wrong with me. I’m just a normal human being who’s been hurt. By embracing and working with my traumas, though, I’m becoming something more than I was before. Christianity says that you have to be innocent and untouched to be whole. I say that’s bollocks. We’re all just human. But if we can heal and move forward then we become humans enriched with lines of gold.